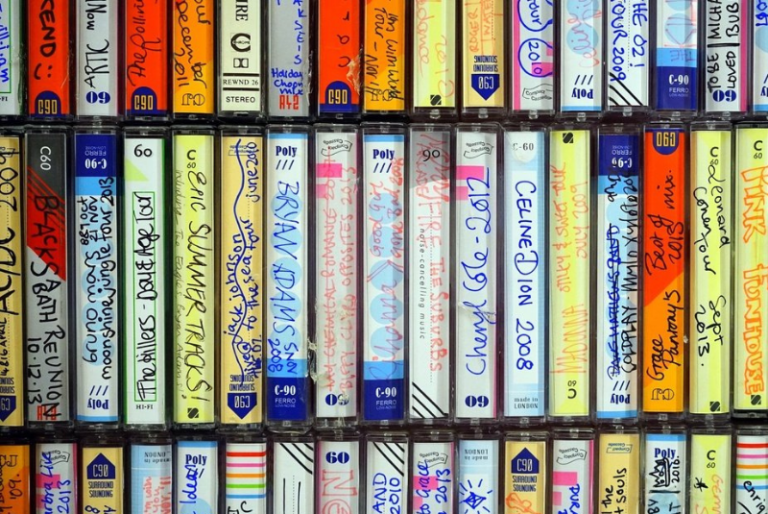 The Webinar is Tired. Try Something New.

Do those six words make you feel excited? Intrigued? Doubtful. You probably feel some combination of bored, burdened and “Blech!” Why? Because like most people, you secretly never want to attend another webinar if you can possibly avoid it.

It’s time to bid farewell to one of 1998’s greatest inventions: the Webinar. When webinars went mainstream in the early 2000’s, everyone loved them. “You mean you don’t have to be in a room with someone to hear and see their presentation live??? Amazing!!!”

Since then, we’ve ditched other turn-of-the-millennium technologies, such as Palm Pilots, MiniDiscs, and Rio MP3 players. Yet the webinar hangs on. Along with other defunct inventions, it’s time to replace the webinar with something better.

Why Webinars Need To Go.

Three C’s summarize why webinars are awful: canned, cluttered, controlling. Canned, as in they usually deliver generic information not specific to you. Unlike consuming a book or an article, you’re somehow more aware of a webinar feeling canned. Cluttered, as in you can’t help but notice every single “um” and “uh” from the presenter, as Justin Bariso recently pointed out. Since you are not in the room with the presenter, your brain has a harder time tuning out the speaker’s verbal filler, not to mention irrelevant questions from other participants.

Yet the controlling nature of webinars is their fatal flaw: Webinars hijack 30-60 minutes of your life you’ll never get back. Worse, you’re typically invited to attend them “live,” when they’re initially delivered, meaning you have to actually schedule your attendance and you can’t skim through the boring/irrelevant parts. If you’re busy, have ADHD, or you’re a true masochist, you can watch a webinar on replay. Although replay allows you to skim, a webinar on replay is as appealing as a plate of cold, soggy, leftover fries.

Several years ago, before content became hyper-targeted, collaboratively-filtered and consumable in three-minute chunks, we could tolerate the webinar’s shortcomings. According to Outsell, webinars in 2014 were a $5.6 billion business – but that doesn’t mean we shouldn’t upgrade to something far more user-friendly and enjoyable.

The Webinar is dead. Long live the Quiz.

Think back to your high school days. Admit it — you spent a lot of time daydreaming, even in the more interesting classes. Why? Because your teachers spent large chunks of time standing in front of the classroom talking at you. During those times, you were merely a passive participant in your learning who was expected to sit still and sustain focus as content washed over you.

Now, what happened when the teacher announced that it was time to take a quiz? Your brain snapped into action! You quit passing notes, you sat up straight, your pulse quickened and you focused. You knew you were about to be challenged, and therefore you became both cognitively and emotionally engaged. You suddenly had become an active participant in your learning.

You’ve seen quizzes all over social media. Why? Online quizzes are what I call Cognitive Catnip; people engage with them at remarkably high rates, often spending several minutes in each quiz, then sharing with colleagues and friends. Quizzes fit the ‘on-your-own-time, bite-sized’ ethos of social media, and are thus very audience-friendly (unlike webinars.) Most quizzes are simply designed to generate clicks, pageviews and ad impressions but can do much more.

Well-designed quizzes also gather unique data on your audience, matching data on “who they are” with data on “what they know”. When people have answered several questions about what they know on a particular topic, they usually don’t mind answering a few unscored survey questions in order to see their quiz results. Plus, because they’re inherently engaging, quizzes can generate much higher registration and opt-in rates than other forms of content.

In addition, quizzes that explain the right vs. wrong answers allow people to learn in a personalized, targeted way. Did you get question 5 wrong? If so, the quiz author has embedded a link to a great resource allowing you to learn more. This is why quizzes have become essential tools for establishing thought leadership. My own startup, CredSpark, helps experts, brands, and publishers leverage the extreme engagement of quizzes to generate leads, gather unique data, establish thought leadership, teach and grow their audiences. If you’re not already using quizzes in your marketing, you should certainly explore doing so.