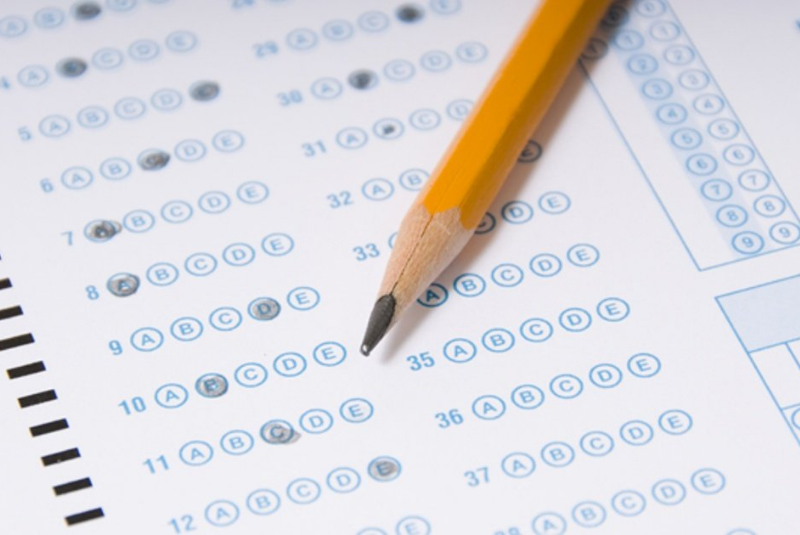 ‘Test’ is NOT a four-letter word

Your palms moisten with sweat. You cast furtive glances at others around you, to confirm you’re not the only nervous one. The clock tells you it’s almost ‘go’ time. Your heartbeat rises in your chest as you try to squelch a voice inside your head saying, “This could be baaaad…”

Why is this happening? Because you’re about to take an Important Test that will impact your entire future.

Been there? Felt that? I bet you have. We each advance through school and our careers taking hundreds of tests along the way, with emotions typically ranging from boredom through anxiety to terror. Most tests aren’t that momentous; if we ‘blow’ a typical test, our futures will still be intact. But other tests, such as school final exams, college entrance exams, professional certification and licensing exams–can be Very Big Deals. You likely know someone whose educational trajectory was lowered, or whose career advance was delayed, as a result of blowing a test. Tales of people we know blowing Important Tests haunt us like stories of car accidents.

But as was well-articulated recently in a New York Times piece entitled Why Tests Make Us Smarter, tests unfairly get a bad stigma in our minds and in society. It’s time for us to start loving tests, for three reasons:

Tests are an essential part of learning.

The research cited by Henry Roediger, III in the NYT supports a large body of evidence that at all ages, across many different types of learning (formal schooling or self-directed learning, online or offline) testing helps the brain cement its understanding of material that’s been presented. Basically, tests help subject matter ‘stick’ in our heads better than merely absorbing material and hoping we retain it. There’s a reason that students’ timeless question of ‘Is this going to be on the test?’ is so familiar in educational settings – it’s because we understand that things being tested are things that matter, so we work harder at grasping them.

Tests can be interesting.

The word ‘test’ connotes a long, hard mental slog during which we struggle to maintain our focus, let alone to perform well. Yet tests do not have to be that way. Thanks to the digitization of everything, tests are now being ‘chunked’ down in size and consumed like most other forms of online content (short web videos, individual .MP3’s), which reduces the effort required for our ever-shrinking attention spans. In addition, well-constructed online tests can be more engaging online experiences than merely reading someone’s written word; your brain gets to volley ideas back and forth, vs. merely watching the pro.

Tests give you information you can’t get elsewhere – about yourself.

There’s a concept familiar to those in the education sector called formative assessment. It refers to tests that are NOT used to judge someone’s mastery at the end of a course of study, nor to filter out low performers. Rather, formative assessments are low-stakes tests used during a course of study, on a regular basis, to determine how well the learner is grasping the material as she is learning it. They’re valuable not only to the teacher, who wants his students to learn effectively but also to the learner, who benefits from the guidance along the way that formative assessments can uniquely provide.

Bad stigmas associated with near-universal experiences such as testing can take decades to change; I’ve merely added a single brick to a very large bridge to the future, in which testing may yet be viewed positively by people of all ages. But hopefully, I’ve made the case for making the word T-E-S-T a ‘four-letter word’ only in the literal sense, and not the figurative one.

What are your impressions of the word ‘test’? Do you think it carries a stigma? Could we learn to love tests? – Lev Kaye